A Brief Summary of the Anatomy of the Knee

The knee is made up of the femur (thighbone), tibia (shinbone), and the patella (kneecap). Along the lateral or outside part of the lower leg there is also the fibula bone. This bone is actually not part of the knee joint, but does move with knee bending and straightening.

The ends (or back for the patella) of each of these bones is covered with articular cartilage. This is a smooth type of cartilage that is found in all articulating joints of the body.

The patella, or kneecap, is a sesamoid bone. This means that it is a free moving bone with no muscles or tendons that attach directly to it. The kneecap acts as a pulley for the large quadriceps muscles of the front of the thigh. The quadriceps tendon runs over the kneecap and the kneecap moves up and down slightly with knee straightening and bending.

The femur and tibia both have lateral and medial condyles, or large protuberances at the end of the bones. These condyles articulate with each other.

There are two menisci for each knee, a lateral meniscus and a medial meniscus. The menisci are “C” shaped and sit on top of the tiba between the femoral and tibial condyles. The menisci aid in shock absorption, weight distribution, and knee stability.

There are numerous ligaments surrounding and within the knee joint that provide stability to the knee. The four main ligaments are the two collateral ligaments and the two cruciate ligaments.

The knee is surrounded by numerous muscles that allow movement of the knee joint and also provide stability to the knee. We’ll highlight some of the key muscles here.

The quadriceps muscle group consists muscles in the front of the thigh including: rectus femoris, vastus lateralis, vastus intermedius, and vastus lateralis. Contraction of these muscles causes knee extension or straightening.

The hamstring muscle group consists of three muscles on the back of the thigh including the semitendinosus, semimembranosus, and biceps femoris. Contraction of these muscles flex or bend the knee (and extend the hip).

The sartorius and gracilis muscles run along the front/middle of the thigh. They cross the hip joint, but also cross the knee joint. They assist in knee bending and rotation of the tibia.

In the calf, the two heads of the gastrocnemius muscle surrounds the back part of the knee. This muscles provides some knee flexion and also stability to the knee.

IT Band: The IT band is a large fibrous tendon that runs from muscles in the hip and attaches on the outside part of the knee. This structure aids in stability of the knee joint and contributes a little bit to knee bending and straightening.

Bursa: These are small fluid-filled sacs that help decrease friction due to tendons or ligaments sliding over bone. There are multiple bursa in and around the knee joint. Some of the more notable ones are the suprapatellar, peripatellar, and infrapatellar bursae.

Quadriceps tendon: This is a large tendon where all four of the quadriceps muscles come together. It runs over the kneecap and turns into the patellar ligament that attaches to the front part of the shinbone (tibia).

Plica: This is a fold in the synovial membrane. Remember the synovial membrane is part of the joint capsule that surrounds the knee joint. This fold is most commonly found in the front middle part of the knee and is found in approximately 50% of the population. Most times plica do not cause any symptoms, but in some instances this fold can become inflamed and irritated.

Fat Pad: This is fatty tissue that is found below the kneecap and underneath the patellar ligament. It is also referred to as the Hoffa fat pad. The fat pad can become inflamed and/or undergo hypertrophic changes. This is usually due to repetitive knee extension activities or direct trauma to that area of the knee. 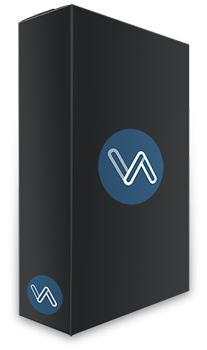 Click here to checkout our popular vlog with videos on a variety of topics related to knee replacement surgery, knee pain and arthritis, and helpful exercises and activities.

Ready to get started?

Browse our programs, or purchase now. 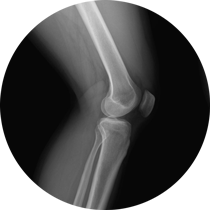 Is your medical imaging telling the whole story?

Join our mailing list and receive a free article describing why your x-rays may not be giving you the whole story.